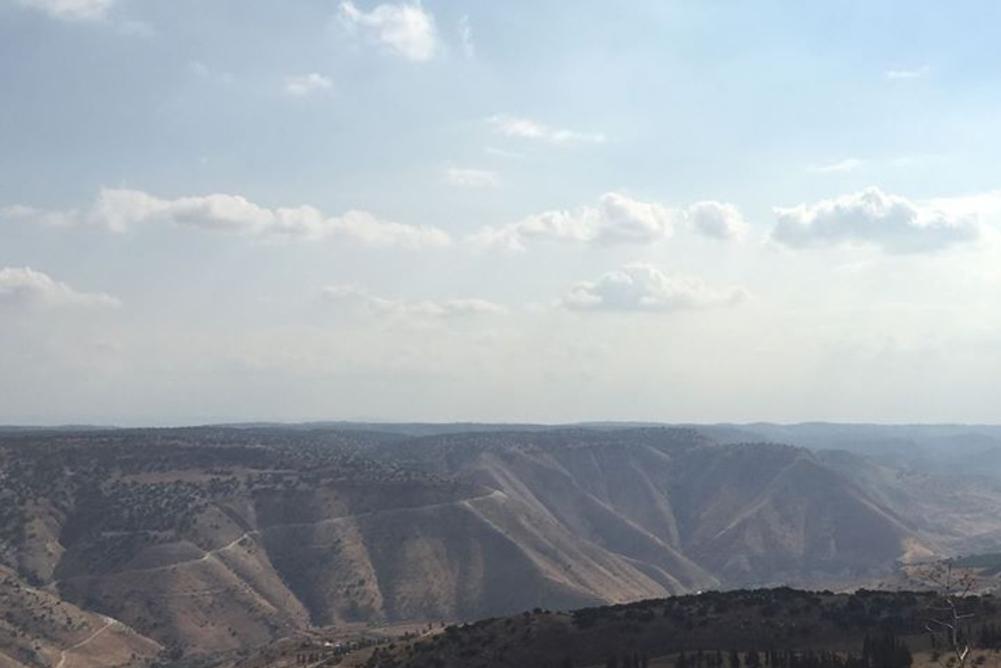 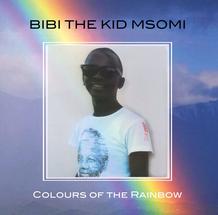 Bibi The Kid Msomi Interview - Colours of the Rainbow

Jordan Valley Records discusses the masterpiece 6-song mini-LP Colours of the Rainbow with William Msomi aka Bibi “The Kid” Msomi.

Jordan Valley Records: Hi William, thanks for taking the time to speak with us about this brilliant record. Let’s go back to the mid-80s, when these recordings were made. Can you tell us a little about the funk music scene at the time?

William Msomi: Well the funk music scene in South Africa in the mid-80s was based on the kind of music that we grew up listening to. I used to listen to artists like funky Masike Mohapi, who was the lead singer of the South African mega band Harari, Phillip Malela and the Movers, and I fell in love with the kind of sound they were playing back in those days. I was also listening to some top American funky bands like the Brothers Johnson, Shalamar and the Gap Band at the time. They defined funky music.

JVR: What kind of venues would Bibi the Kid have been playing at the time? clubs, outdoor concerts? Which other big names would Bibi have been touring with then?

WM: When I formed my band we started playing covers in night clubs and hotels but after we released our first maxi single with my band, Bibi and Satari, we met the top selling artist Chicco Twala, who asked us to go on tour with him around the country. Chicco was a very top selling artist in the 80s,we enjoyed working with Chicco and we really had some fun in those days; by that time people started to like us because we were a very tight band of young talented musicians.

JVR: Considered to be one of the finest male voices in South Africa, how did you get into the music business? Did you come from a gospel background? We love gospel music at Jordan Valley Records.

WM: My late parents were Christians and they used to take me to church every Sunday. I ended up singing in a church choir, where I fell in love with playing with my voice, and I also joined school choir competitions.

JVR: What is it about funk music that appeals most to you?

WM: Funky music is a very different kind of sound that can ease the pain even when you're sick. Once you listen to the funky sounds you'll forget about any pain you're feeling at that moment.

JVR: We understand that Paul Simon was very keen to work with Bibi around the time of the Graceland project. Please tell us more about it.

WM: When Paul Simon was visiting our country, he listened to my album Ngayibamba on Teal Trutone, which is now called Universal Music. He liked all the songs and he wanted to use them on his Graceland album tour, but I denied him permission to use my songs because that record was starting to sell well, even though the manager of Trutone Records was angry about my decision not to work with Simon.

JVR: The recordings on the Colours of the Rainbow LP feature an all-star line-up of some of South Africa’s best musicians. Please tell us about the main contributors to these songs and how they contributed?

WM: When we made this album I had to get the best of the best session musicians; people like Mac Mathunjwa, who played all instruments on the songs Colours of the Rainbow and Weapon Song; Ladysmith Black Mambazo sang all background vocals on Iyahlasela; Joey Ledwaba, of the group Juluka, played bass guitar; Sello Mphatsoane of Bayete played drums; and the female singers who sang background vocals were the best of the best session musicians – ladies like Faith kekana, Tu Nokwe, Maryline  Nokwe and Beaulah Hashe.

Chicco Twala offered some input on the recordings, and I also did a lot of sessions with him when he recorded all his hit songs; I was part of the session musicians who did all background vocals. He advised me about being careful when writing lyrics, so that they wouldn't be perceived as a threat to the authorities, and so that the cops wouldn't come visit me all the time. He was a great guy and liked our band very much.

JVR: Some of the lyrics on these songs are subversive. Did you run into problems with the government censors at the time, and were your songs ever banned?

WM: Yes I did run into a big problem with the state security police at that time. They used to come to my place and asked me a lot of questions but I was lucky that I was not arrested, and my songs were not banned.

JVR: A lot of South African music isn’t very well known outside the Rainbow Nation. We’re trying to change that by bringing this music to the world stage. Yet much still remains unknown. Did you record any singles or LPs that you really like but fans from outside South Africa may not know about, and if so which top your list?

WM: Definitely the album What Kind of Love is This? Which was only sold domestically, so other countries around the world didn’t know much about it when it was released in the mid-80s. I think the problem was due to the fact that I denied Paul Simon permission to use some of my songs, and the manager for Trutone Records at that time was very angry about the situation.

JVR: We understand Bibi is back in the recoding studio. Who are you working with these days, and what can we expect to hear next from The Kid?

WM: Oh yes I'm doing a new album and for this one I'm working with musicians from Botswana; some very talented musicians in Gaborone. When the recordings are finished it will be mixed, mastered, and edited in downtown studios in Johannesburg.
And I think after the new album I'm working on right now is complete I'll put out a Bibi the Kid Msomi compilation.

JVR: Thanks for taking the time to speak with us, funk fans around the world have already been sending a lot of positive feedback about Colours of the Rainbow.  And a BIG THANKS for graciously agreeing to work with us on this fantastic funk project.

WM: Thank you so much it was nice talking to you. Have a nice day.
-William Msomi aka Bibi The Kid Msomi